I’ve written before about the importance of learning even just a little bit of the language of the country you are visiting.

From a practical purpose, of course, being able to ask rudimentary questions as well as read the occasional sign helps one get from point A to point B. Additionally, the culture of a land and its peoples are wrapped up and bound by its dialects. Know a bit of a language and you are closer (if even marginally) to understanding a people.

You also better represent your own country (remember: we are all ambassadors) if you don’t travel with the hubris of the colonizers. Did the 19th century British take the time to learn even a few of the Indian tongues once they conquered that sub-continent? Did the French, Germans, Portuguese, Italians and Flemish bother with the various African dialects when they part-and-parceled that diverse and sprawling land? Do we Americans – the current capitalist-consumer winners of the economic wars of the last 50 years – do we make the effort to understand a modicum of where we travel? Some do, of course, but most do not.

There is another upside to being able to communicate with the locals. One not centered on us. One that did not occur to me until my flight back from Iceland.

Icelandic – despite being an Indo-European language – is a difficult language to learn, much less master. This was our second trip to the far northern volcanic island and admittedly six years ago I did a much better job of studying up on the language before our departure, despite this time buying a new book and CD learning tool (more on this in another post). So, for this journey, I was equipped with just a few phrases.

A simple takk fyrir – thank you – was one of them.

Seeing the momentary joy accompanied by a smile flick across the face of a waitress, an immigrations officer, the hotel receptionist, as I said takk fyrir was worth the small price to learn it.

It’s a cost of admission we can all afford. 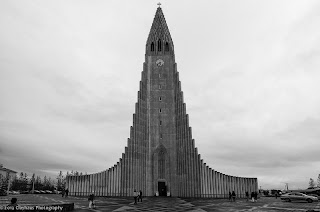 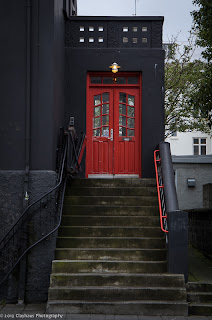 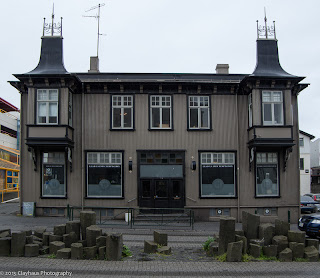 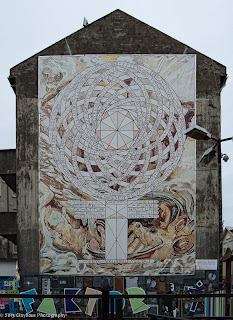 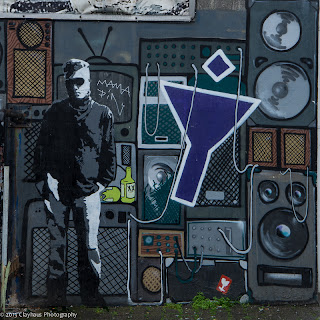 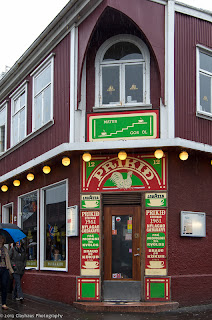 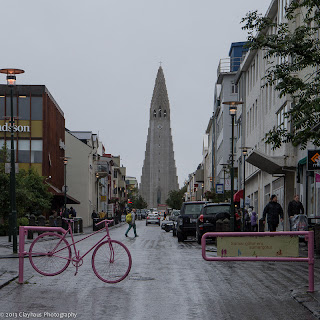 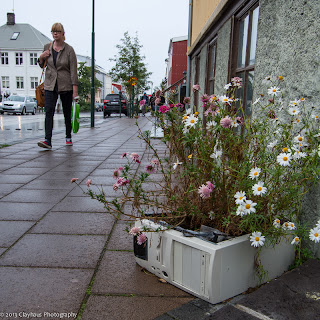 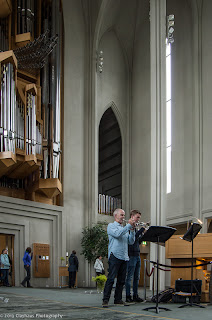 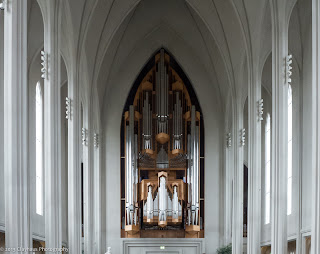 Posted by clayhausruminations at 07:17 3 comments:

Travels with Oka-san | Acres of Sushi

Our second day in Tokyo is to be an abbreviated one as our evening destination is the shogunate shrine and burial grounds of Nikkō, slightly less than two hours by train north of the capital. But before jumping on that train, we rise early to visit the world's largest wholesale seafood market: the Tokyo Metropolitan Central Wholesale Market more commonly known as Tsukiji Market.

It's a relatively short walk to the Tsukiji area (Tsukiji means "reclaimed land" as the land was originally 'reclaimed' from Tokyo Bay in the 18th century) but first we need to work our way through the maze of modernity of Shiodome, once again. The sky is overcast, which lends a bit more of a leaden atmosphere to the looming skyscrapers.

If you get to Tsukiji (meaning the market, not just the area) early enough, around 5am, you can try to get in to see the tuna auctions. This is supposedly a scene worth seeing, where thousands, if not hundreds of thousands of dollars worth of maguro and toro are auctioned off. We are not there near early enough for that, but that's okay as there are over 45 acres of stalls, and tanks, and fish, and more fish to wander through and explore.

What a wonderful place and experience for fish lovers! Or, rather, for those that love to eat fish. A huge, swirling mass of activity confounds one at first. Small cars and forklifts zipping hither and thither all the while trying to avoid buyers with clip boards, vendors with handcarts, workers riding bicycles balancing boxes, and tourists with wide eyes and cameras. There clearly must be some order in the seeming chaos but I just let my eyes pull me along.

From clams to snails to eels (live and not), blowfish, shrimp and flash-frozen tuna, uni, tako, anago and ika and hotategai and things I have no idea what they are....it goes on and on and on. I take hundreds of photos and the more I wander, the hungrier I get. Nothing puts me off my growing appetite. Not the squirming baby eels and not the bloody maguro carcasses. Certainly not the fugu or kazunoko.

Our hunger finally gets the better of us and we venture to the outer market area where there are a dozen or so small (tiny, actually: 7-10 stools each) sushi restaurants. We have an incredibly fresh sushi breakfast. (Sound good to you? Perhaps not, but to this day, it is still one of the best and memorable breakfasts.)

Why does the market not smell of fish? It really doesn't. Could it be that because of the combination of extremely fresh, flash frozen, and packaged seafood, the thousands (tens of thousands?) of fish just do not have a chance to go off? That may be the case, but I don't want to test the theory in the midst of summer!

By late morning it is clear that the 1000's of workers are wrapping up for the day so we move on and eventually end up watching some kind of strange activities at an elementary school. Strange to me anyway. The children are all wearing white shirts and white caps with black shorts for the girls and white shorts for the boys. There must be different teams and what differentiates them are brightly colored gloves. There is some kind of quasi-organized, pseudo-choreographed jumping and hand-waving accompanied by lots of smiling and mugging and grinning. Then it is down to the serious business of running track. I can only speculate that the previous gyrations and gesticulations were a bit of cheer-leading. I can only guess.

Prior to heading to our hotel to gather up our belongings for the train ride, we briefly stop at the very Southeast Asia looking Buddhist temple of Tsukiji Hongan-ji. We didn't go inside, though it is supposed to nice.

It's been a bit of whirlwind Tokyo visit but with acres of sushi behind us — minus quite a few ounces in our bellies — we are ready to move to bright greens and lacquered reds of Nikkō.

Posted by clayhausruminations at 23:37 5 comments:

After six hours of restful sleep, I feel ready for Tokyo.

I meet mama-san for what I swear will be my last Western-style breakfast in Japan and by 8 we are out the hotel door and ready for adventure. A light drizzle greets us but we remain undeterred from our day's goals: the Imperial Palace gardens and a stroll through Ginza.

For almost 300 years, until the Meiji restoration in 1868, the Tokugawa Shoguns governed Japan from their castle in Edo, modern-day Tokyo. Once the shogunate was deposed, the Emperors ruled from the castle. Nothing lasts forever though, and World War II saw the almost complete destruction via aerial fire-bombing of the palace, and indeed, most of Tokyo itself. Following the war, the palace was rebuilt and gardens re-planted. The emperor and imperial train still reside there, though 'ruling' is no longer their role. The buildings and inner gardens are not open to the public, however the extensive outer gardens are open for strolling. With a few remnants of the original walls, ponds, extensive trees and walkways mixed with splashes of flowering color, stolid rocks, and the occasional restored traditional building, the gardens are usually teeming with tourists and natives alike, seeking quiet respite from the modern chaos that is Tokyo.

By the time we emerge from our short subway ride and the long, underground walkway tunnel from the station to the Imperial grounds, the word 'teeming' can only be applied to the rain falling. From drizzle to torrents in short order. Donning rain-jackets and opening umbrellas we are ready for what Tokyo is gives us...I just wish I had galoshes with me as well.

It is hard to see the smoking ruin that we left Tokyo in 1945 for all the green now around us. Once again a reminder that re-growth and rejuvenation can always be possible, is, in fact, the 'natural' order of things, given time. The exquisitely built bashōs (guard houses) and tea pavilions, lovely ponds (with obligatory koi), swan-adorned moats and sculptured walkways transport one far away from the proverbial hustle and bustle outside the grounds. It is a pleasure exploring and despite the continuing, actually relentless, downpour, we are refreshed by what we see.

To a point. After a couple of hours, the completely soaked through shoes begin to chill as the squeege-squeege sounds of walking begin to annoy. The thoughts of food, hot tea and warm shelter entice. Where to go on such a beastly day? Mitsukoshi of course! The grand dame of Japanese department stores. The Harrod of the East (never mind American upstarts like Macys or Nordstroms), Mitsukoshi was founded in 1673 and began by selling kimonos. Now a huge conglomerate, the main store in the Nihonbashi area, is just a few steps from the Imperial grounds.

After beating our way through a few blocks of torrential downpours, we arrive at our destination. Petite Japanese women in matching uniforms bow and greet the soggy patrons as they enter, including us, the soggiest of the lot. We wander through ten floors, admiring the Japanese aesthetic in the various displays, and prices, not for the faint of heart. There are restaurants on the 4th, 5th, 7th, and 10th floors and when we finally choose one, the warming donburi ramen and tea are just what we need.

Fortified, we set out to wander more floors of this teeming shopping metropolis and stumble quite accidentally upon a floor with the 54th annual exhibit of Japanese handicrafts. Beautiful colorful kimonos, stunning displays of pottery, intricate baskets, and finely wrought lacquer ware greet us as we move from room to seemingly endless room. We could, as I am sure many locals did, spend the entire rest of the day wandering through the department store-cum-museum, but instead we elect to weather the weather once again.

Stepping outside, the rain has mercifully let up and we beginning walking towards the Ginza District. First we must cross the Nihonbashi. "Japan Bridge" was originally Edobashi in the 1600s, a wooden bridge that was the beginning — or ending, depending upon your direction — of the ancient Tōkaidō road between Edo and Kyoto. From this bridge, once upon a time, travelers heading south could see Mt. Fuji. Renamed and rebuilt with stone in the Meiji period and now more or less covered by an expressway, one could cross the Nihonbashi and be forgiven for not immediately grasping its historical significance.

Ginza, now known the world-over as one of the most upscale of botiqueries and shopping areas, got its start in the early 17th century as the location of the silver mint for the shogunate. Appropriate, as anything you buy on this street will cost you that said mint. We are not here to shop though, but instead to stroll and soak in the experience. We luck out as on Sunday — during the daylight hours — the main Ginza drag has been turned into a pedestrian-only zone. Walking the normally frenetic streets with casually strolling Japanese, umbrellas on shoulders, is a visual and photographic treat.

We eventually end up back at our hotel and after freshening up — and changing our thoroughly sodden shoes for dry ones — we venture back out for dinner and the nighttime version of Ginza. Dinner was superb: sushi, tempura, rice with fish and sake, all in a small, crowded restaurant where we are the only English speakers. Perfect.

After few photos of Ginza at night, the long day finally takes its toll on us: sleep, sleep and the next day...a new adventure.

Posted by clayhausruminations at 10:06 2 comments: